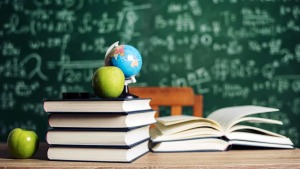 A celebration of Al, teacher of 55 years, aka Mr. Wizard, and Master Gardener, will be held on Satuday, September 21, at his home, between 2 and 5PM with stories and a toast in his honor at 3 PM.

Al felt lucky to be born into the time he was and to be in his teens during the 50’s era.  He graduated from Trenton State College with his teaching degree.  Sputnik launched the Russian-American space race that triggered an intense effort by the US towards science education.  Al took advantage of these many opportunities and was fortunate to be able to attend classes at Florida State, University of South Dakota, and complete his Masters at Michigan State University.  He relished an opportunity to teach school in Puerto Rico for two years.  Then he returned to New Jersey with his wife Marilyn (Marilyn Ruth Fritz Johnston) and young son Scott, where he taught in public schools - grades from high school to elementary.  His family grew to include daughter Kelly.  He coached high school soccer for boys and girls.  He developed a science program for elementary education students, winning awards and eventually became a science curriculum supervisor.

After retirement he moved to Pine Knoll Shores with then wife Sharon (Sharon Anita Burke Johnston).  Soon bored with ordinary retirement activities, he offered his skills to Morehead Elementary School, where he served for 16 years teaching science in labs to this city’s young students.  The principal recognized his professional skills and experience as an elementary science supervisor and curriculum developer and allowed Al to convert a storage building into a science lab.  This they equipped with microscopes, balances and other little used equipment to develop hands-on experiments for the students.  All 300 of his 4th and 5th grade students were given the experience of performing experiments each week, bringing classroom lessons their teachers taught, come to life with their own hands.  His hope was that the over 2,500 students who passed through his science labs during his retirement had positive experiences and perhaps been given a spark to be inspired to go into a science occupation, or at least, to stay curious about science in the world around them.

He had a lifelong interest in gardening and recently completed training with the local Master Gardener program, especially enjoying new skills in plant propagation.  He was also a great cook and lover of wine.

He is survived by his wife Georgia Minnich (kayak partner and weeder extraordinaire); his brother Glenn Morgan and wife Peggy; his son Scott Johnston and wife Maureen, grandchildren Fintan and Teagan; his daughter Kelly and husband Shawn, grandsons Ryan and wife Anna, Shane, and Connor.  In addition, by love, not blood - Chris Minnich and wife Laura, grandson Owen; Jack Minnich and wife Bailey, granddaughters Kathryn and Evie.  All his beloved grandchildren knew him as PopPop.

He will be missed by many and had touched the lives thousands of young minds over the course of his career inside and outside the classroom.

He is preceded in death by his parents, Ethel Leslie Primmer and Robert William Johnston.

In lieu of flowers, if you wish to make a donation in his name, consider giving to the NC Aquarium Society for Crystal Skipper Butterfly Research and Habitat Restoration project.  This combines many of his loves – scientific research, being outdoors by the beach, attracting butterflies (and birds) and plant propagation.

Memorial donations can be made to: