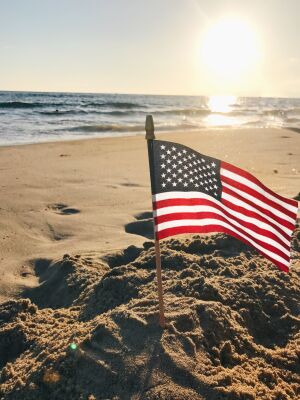 Clifford graduated from Brinkley Arkansas High School in June of 1955 then joined the Marine Corps on September 28, 1955. He served a tour of duty in Iwakauni, Japan, one Mediterranean cruise, and two tours in Vietnam. He was stationed at Cherry Point Air Station until he retired on September 28, 1975. After retirement from The United States Marine Corps, he worked 14 years at NADEPT in Civil Service. He was an accomplished welder and taught many classes at Carteret and Pamlico Community Colleges. He was an avid hunter and has many trophies to show, visiting multiple places throughout the United States to deer hunt, but always returning back to Newport, North Carolina.

A service honoring the life of Clifford will be held 11:00 am Monday, August 15,2022 at Noe Brooks Funeral Home in Morehead City, NC with internment immediately following at Amariah Garner Cemetery in Newport, NC.

A reception will follow internment at Woodman of the World Lodge at 307 Howard Blvd, Newport, NC. The family will be receiving visitors one hour prior to the service, at 10 AM at Noe-Brooks Funeral Home.

Condolences and life tributes may be sent to the family at www.noebrooks.net

To send flowers to the family or plant a tree in memory of Clifford Alvie Sanford, please visit our floral store.

A Memorial Tree was planted for Clifford

Join in honoring their life - plant a memorial tree